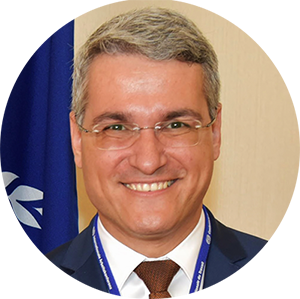 Dragoș-Nicolae Pîslaru is an economist with a Master Degree in International Relations from the London School of Economics and the title of Doctor from the National Institute of Economical Research of the Romanian Academy. After 9 years of research and academic career at the ASE Bucharest, The Romanian Center of Economic Policies and the Group of Applied Economics, in 2007 he becomes one of the  founding partners and the general manager of Gea Strategy & Consulting S.A.

In December 2015, Dragoș joins the technocratic Government as a State Councilor, and he was soon named Minister of Labour, Family, Social Affairs. Dragoș Pîslaru is a committed supporter of the development of the entrepreneurial ecosystem in Romania and in the region, with a passion for the creative industry and innovative technological businesses.