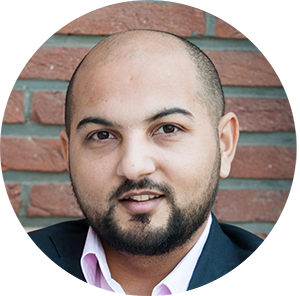 Petrica Dulgheru graduated with a B.Sc. in general chemistry with a major in catalysis from the University of Bucharest in 2016. After a brief assignment in Microelectronica, he decided to pursue a PhD in environmental catalysis with applications in automotive industry at the University College Dublin (2011). He continued his academic career with a postdoctoral research fellowship at the Free University of Brussels (2011-2014). He briefly worked for the European Commission (2010) and was a member of the advisory board of the Roma Initiatives – Office Open Society Foundations (2011-2015).

Currently he works in the innovation department of BOSAL Emissions Control Systems, a Dutch company founded in 1923. His most important assignment is understanding the future trends in manufacturing, global environmental regulation, mobility and transportation. He recently organized a bi-weekly seminar series for BOSAL in order to familiarize the R&D community with the concept of factory of the future and Industry 4.0.

In his spare time, Petrica is one of the main drivers behind an NGO  called Roma Entrepreneurship Development Initiative or REDI. REDI aims to provide support and loans to entrepreneurs currently denied funding by mainstream financial institutions.