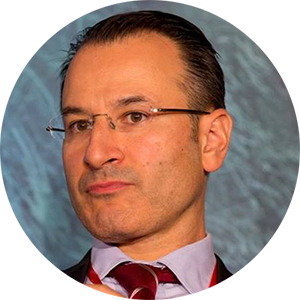 Andrei is a member of the Aspen Institute Romania and between 2010 and 2017 has served as the executive director of the Institute. Currently he is the Commissioner of the Romania-France Season with the Ministry of Foreign Affairs, the Ministry of Culture and National Identity and the Romanian Cultural Institute. Andrei also serves as member of the board of ECAS. He is a career diplomat having joined the Romanian Ministry of Foreign Affairs in 1998. His diplomatic career includes working in bilateral affairs, serving with the ministry’s spokesperson, and as head of the early warning unit in the policy-planning department. He was advisor to the foreign minister between 2002 and 2004. Previously he worked for the Centre for Policy Studies and Comparative Analysis, and co-led a political and social affairs think tank. He also worked in the private sector and the Romanian Senate where he served as an advisor and researcher with the legal affairs committee. During 1996 he was the executive director for a mayoral electoral campaign in Bucharest. He was on foreign posting in Brussels between 2004 and 2010 as director of the Romanian Information Center in Brussels, and Councilor to Romanian Embassy. In 2007 he took on the role of director of the Romanian Cultural Institute in Brussels and he served as vice president and then president of EUNIC Brussels between 2008 and 2010.